You are here: Home1 / Blog2 / Grassfed Beef3 / The Man Behind Hobson Dobson 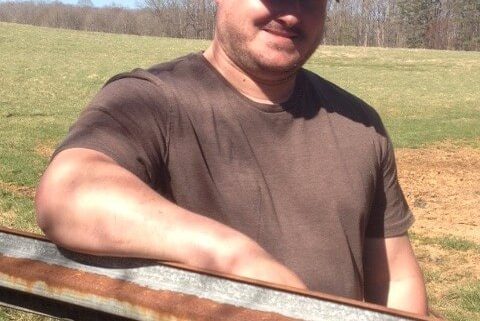 So there is a city, far far away, where a man named Hobson Dobson lives. Hobson Dobson has super human abilities. He can save people when they are in danger, he can fight the bad guys and do pretty much anything a four year old can imagine whose daily mode of operation was keep up with his big brothers abilities. Hobson Dobson came in to our lives via the vivid imagination of our youngest and his best friend and cousin Hythe.

Hythe’s mother comes from Elizabeth City and I am from Louisville. His mother and I often go back home to visit our families, at least four times a year in fact, so one day when the little boys were talking about their upcoming travel plans it made sense to Levi that he should have a city too, just like Hythe’s Elizabeth City.

Well Levi’s city, as it became known in our family, was a magical place where all things can be done. If Jamie and I were having a conversation about a challenge on the farm Levi would always be able to solve our problem with a story from his city. When we pursued a line of questioning to learn more about his city (at the time I was pretty interested in relocating there) we found out there was a man named Hobson Dobson who lived there too. Hobson Dobson had a dog named the sound “kheec” and together they were all a spectacular bunch working with superhuman powers to accomplish all things a lively four year old wishes he could do in a day without the handicap of size, strength or age holding him back.

Conversations in the morning while we are feeding the kids breakfast and working out logistics on efficiently driving to and from town each day, often involve discussions about how other farmers are making their cattle business work, when we are taking a load to a different farm to custom graze or how many animals are coming back from the processor that day. As many of you know anytime the adults are talking the little ones are always listening.

One of our long time farmer friends and collaborators is Sam Dobson. We met Sam at a Young Farmer and Rancher Event hosted by Farm Bureau back in 2005. He is the most outgoing dairy farmer I’ve ever met. That day he had on a suit complete with a Holstein tie but the other 364 days of the year you will find Sam in jeans and an old t-shirt milking his organic cows in Iredell County twice a day. In between milkings he feeds, works the fields planting and harvesting alfalfa, and cover cropping clover and triticale for his dairy cows. Sam also manages a beef herd which he cares for daily, moving their break fences as well as fences for our calves which he custom grazes. Sam’s land was deeded to his family by the queen, and they have been a thriving farm ever since. Four generations still have a presence at the farm including his grandmother, his parents and his wife Sherry and son Chase.

Sam has always grazed his dairy cows because it was the best way to keep up the health of his animals and their milk production balanced with cost and efficiencies. Lucky for us Sam Dobson figured this out just about the same time our business was growing so fast that we could no longer supply our wholesale customers with meat from animals grown on our own leased 290 acres. Sam had a know how, the equipment, and the land base available to finish steers consistently on 100% grass. Over the last ten year he has become a key partner in Hickory Nut Gap Meats production and forage chain supply. He is also plays the role of Livestock Coordinator and Consultant for the dozen other farmers who grow beef for our program.

He is passing along his farming and business acumen to his eight year old son as well. When we stopped by yesterday on our way back from a farming panel discussion in Virginia we found Chase out back taking care of his organic laying hens. He came to his dad last week announcing that he was looking for about four $10 investors to help pay the grain costs until his chickens started laying. The return on investment once they started laying is 2 dozen eggs. After admiring Chase’s operation and set up Jamie pulled a ten dollar bill from his wallet and gave it to Chase. He glowed and so did his mom and dad while we did some calculations about how much revenue he was looking at once he opened the farm stand to sell the eggs.

As far as I’m concerned I think Levi hit the nail on the head. Hobson Dobson is alive and well in the big city of 2000 acres called Dobson Farm. The only thing he missed was the dog’s name which is Freckles not Kheec.

Can the Bull Come Inside?