Jenn was born in Globe, AZ- she was raised in the Arizona area for most of childhood. She spent her teenage and college years in Washington State- attending Western Washington University for a degree in Art History.

While visiting her sister in Fayetteville for the summer, she met her husband there. They got married and lived in Fayetteville until he retired in 2007. During that time they had 2 children, Naomi and Danann.
After her husband’s retirement they wanted to make a change and moved to Bat Cave, NC in 2007 to climb mountains and find some peace. They had their third child, Finny and both served as Firefighters at Batcave Fire & Rescue and Broad River Volunteer Fire Department. Jenn is also an EMT and she still volunteers, but took a job as part of our retail team at HNG. She now manages the entire CSA program!
Her favorite part about working at HNG is meeting new people, solving problems, bringing order out of chaos and spreading the good word about good food.
She loves climbing, hiking, homesteading, voraciously reading and putting out the occasional wildfire (she also works for the forest service during fire season!).
Contact Jenn 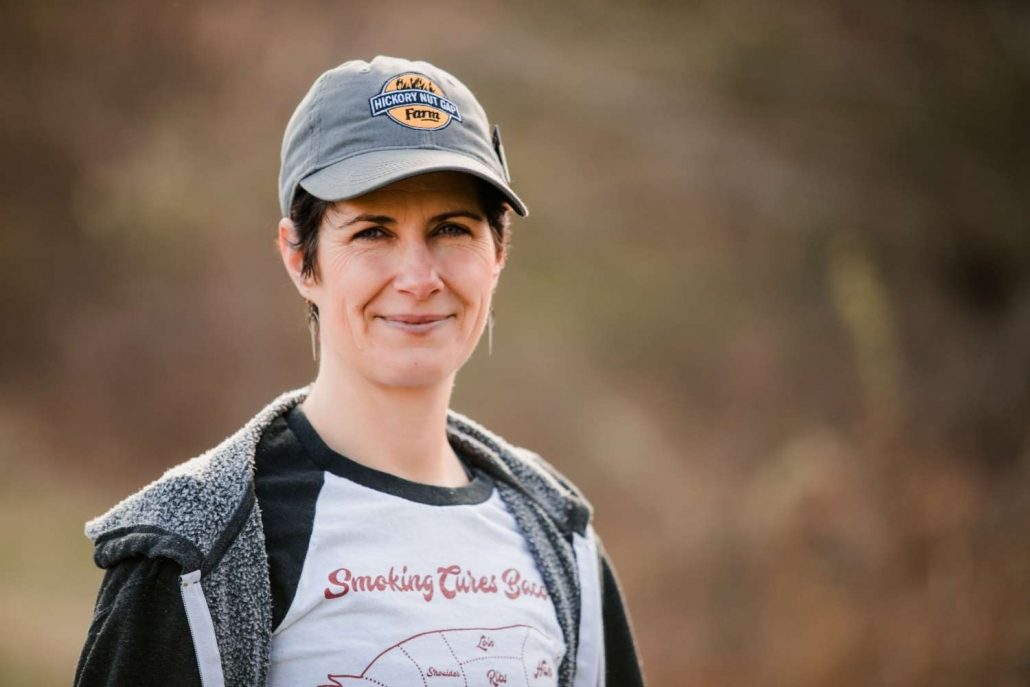