Kevin Hobbs has been farming for as long as he can remember.

The family farm, once belonging to his father Delmas Hobbs, who continues to farm alongside his son, used to produce acres of tobacco, corn, wheat, and soybeans.  When Kevin was younger, his family also raised hogs and a few cows, but concentrated on crop production.

In the summer of 2018, Kevin began raising hogs for Hickory Nut Gap.  That fall, he also added his pasture raised chicken business. What he likes about raising hogs on pasture is that it is a much easier way to handle livestock.  The hogs look better, the meat tastes better, the genetics are great, and it is easier to move the hogs around while being in the same space as them. When hogs are raised on pasture, they are more natural, comfortable, and healthy.

He currently raises Berkshire, Duroc, Tamworth, and Yorkshire hogs for HNG.  In his spare time, Kevin loves to go hunting and fishing. His dad, Delsum, also makes some of the best “chicken sauce” and “hog sauce” and is always willing to share. “It’ll take your BBQ to the next level,” says Kevin. 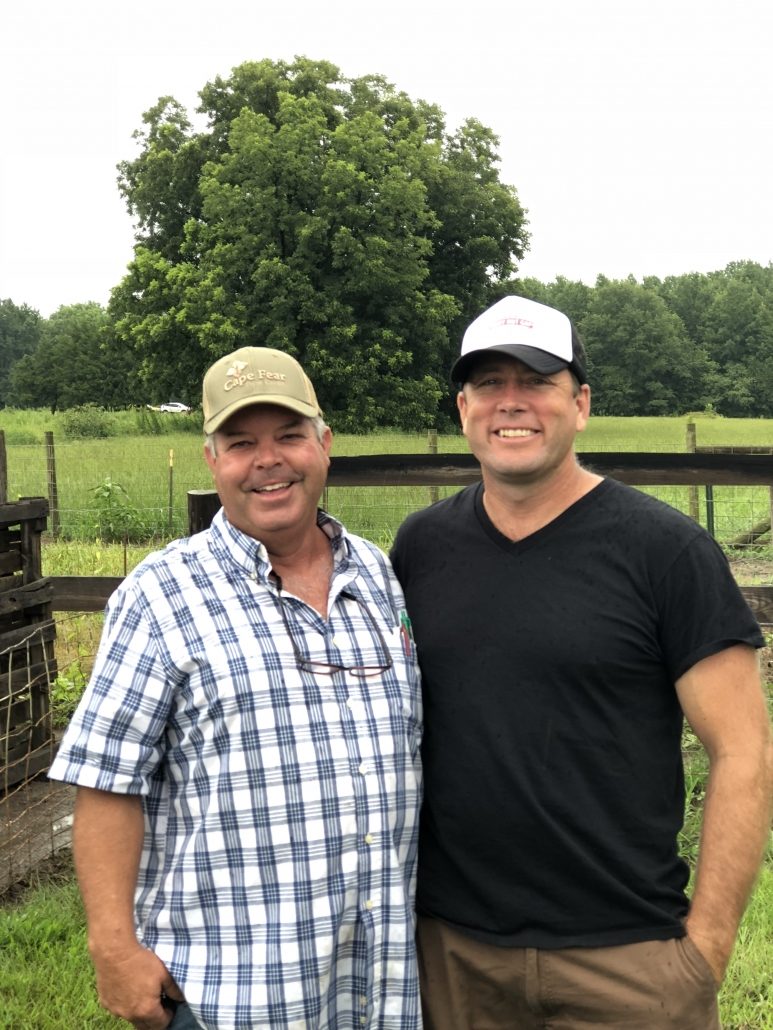