Brian was born and raised in Roselle Park, New Jersey.

He was first introduced to butchery in 2007 at Johnson’s Meat Market in Florida. He hasn’t left the south since, and eventually moved to Asheville with his wife Gabriela and his two little girls.  In Asheville, Brian continued in butchery working at the local Earth Fare before moving to Green Life and taking on the role of “Team Leader” of the Meat and Seafood department.  He helped with the buyout and transition of Green Life over to Whole Foods and also assisted with the opening of the Whole Foods Kenilworth location.

In 2015, Brian began working as the Head Butcher at Hickory Nut Gap Farm. His favorite part about working at HNG is the farm’s values that are aligned with his own and supporting the Agers on their journey of making a difference and impact in the world of sustainable agriculture.

Brian enjoys spending time with his family and puppy named Rosie. He also takes advantage of what the Asheville has to offer in the outdoors through hiking and backpacking. 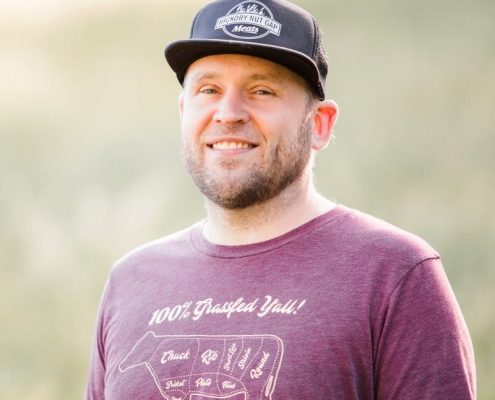